Art is a powerful form of expression. It has been used for centuries to express human emotion in political struggle, creativity, nature, oppression freedom and many other subjects. Due to its visual nature, it captivates the soul to a deeper level. Latin American art is among the most studied art with some of the paintings being done in the 18th century. Mexico was home to many muralist artists. Some the famous Latin American artists are Cundo Burmudez, David Alfaro, Diego Rivera, Jose’ Clemente, Frida Kahlo, Fernando Botero just to name a few.

The Message Behind Latin Art Latin American art has been used to express political tides in Mexico. A lot of the art was made during the Mexican mural movement. The political paintings were mainly for the revolution and portrayed political decay, political oppression or humor. Early Mexican painters came to be known as the muralist. They painted of current events in large frescoes. The muralists painted of current affairs especially those concerning politics. The message finally evolved with the change in times from political events, to architecture to abstract painting and figure painting.

Figure painting had a major role in explaining the suffering that ordinary people experienced on a daily basis. Artists like David Alfaro were keen to capture the Mexicans suffering during the Mexican mural movement. Frida Kahlo focused on self-portraits that captured the beauty, fashion, and designs that were based on the Mexican culture. Jose’ Maria Velasco was an artist who liked to capture the beauty of the Mexican landscape especially the Valley of Mexico. Latin American countries are many estimated to be over 30 countries. Their geographical location is spread over a wide area making their culture very rich. Native Indians used to live in South America before the era of colonization. Once the colonies were established, Latin American nations were colonized by different countries. They borrowed various elements of their colonizers and added to their own culture. This widely diversified the Latin American culture. They had strong religious believes because Spanish colonizers forced their colonies to convert to Catholics.  The Latin American culture was full of colors, decorations and various designs that were also captured in the portraits.

Latin American artist diversified to architecture in the 19th century. A combination of over 150 artists came together to design Mexico University between 1950 and 1953. The artistic design of the school can be defined as modern architecture with influence from the Mexican muralists. The Latin American art works are widely displayed from Mexico to Park Avenue in New York City. With centuries of evolution and creativity, the Latin American art is diverse. It has evolved from muralists, surrealists to the creation of abstract movements. The art has beautiful colors that make the paintings attractive and captivating. With a rich history behind every painting, and artiste the Latin American art offers a magical experience into the Latin American culture. It has also greatly influenced the architectural designs used in South America. The renowned artists are an inspiration to the upcoming artists and architects. These works of art need to be celebrated to keep the culture alive. 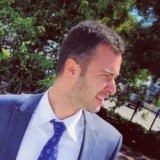